There is a definite lack of maintained/documented trails around Yellowknife (Northwest Territories - Canada), as a newcomer I was first surprised by this. But then I realized that off trail hiking is pretty easy up here as there are a lot of bare bedrock to walk on. 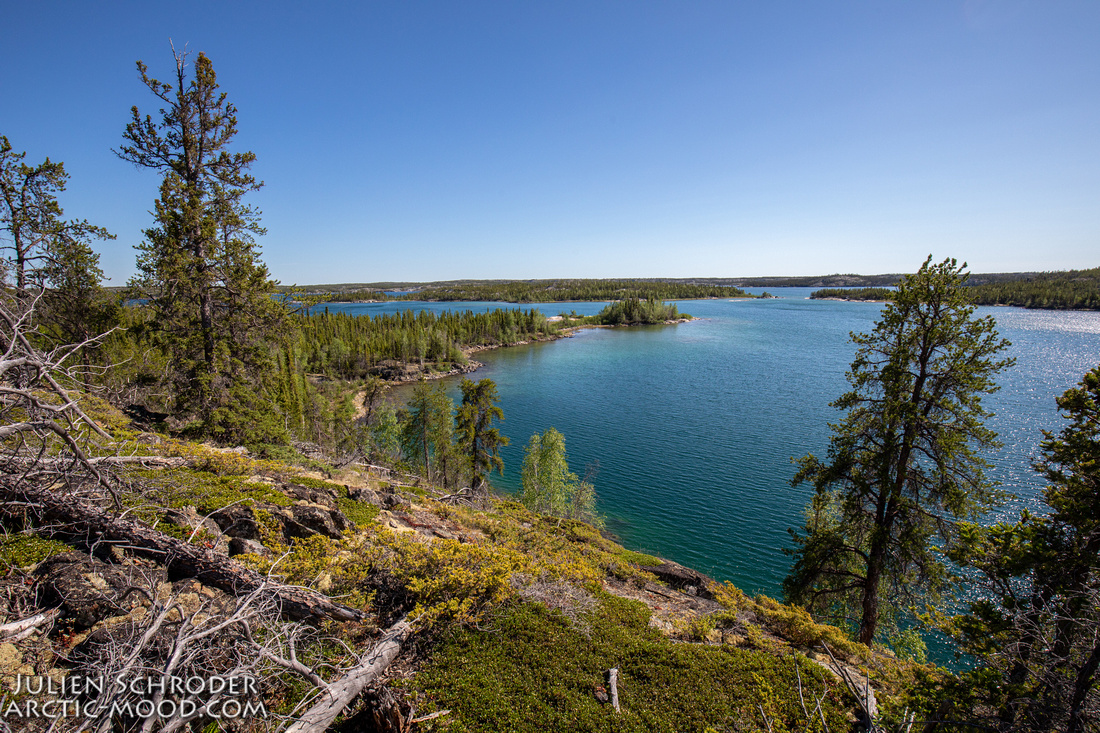 Using some Satellite Imagery and Digital Elevation Models I found a way to reach Hidden Lake which is usually accessed by Canoe. Since I am not a big fan of going the same way in and out, I found a route that loops around Plant lake and along the south side of Hidden Lake. See the map below (Legend Button is at the top left):

The data for this map is stored in this kml

Note that this is only a route, involving scrambling, bushwhacking and some light "climbing" here and there. There is no trails, marks or anything to guide you so please have map, compass, GPS, inreach etc... In short be prepared. Also we all have different level of comforts and fitness, maybe that will be way too easy for you or maybe the opposite, don't take my word for it.

I choose to hike it counter clockwise as I had guessed the hardest spot to be on the Northern East side of the hike. I usually park by a quarry, located after a bridge right next to the Cameron River Rampart Falls parking. There is a small amount of bushwhacking involved to cross the stream between Pickerel Lake and the falls but if you follow my point you will see that there is a smooth passage. After that, the next few kilometers are really easy as they are mostly on solid bare ground and a dry plateau (so not many mosquitoes). 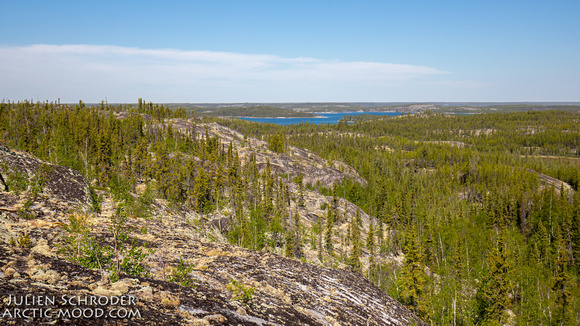 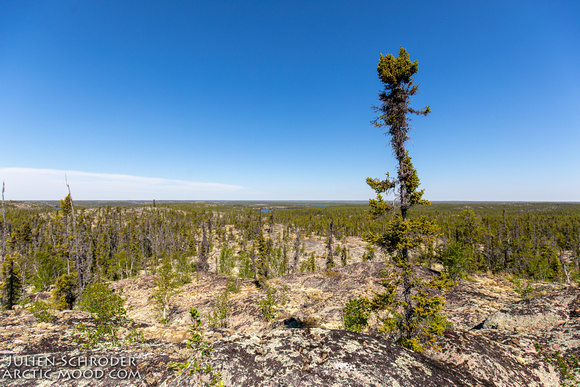 After 5 kilometers without real view, the route goes over a small cliff, easily passable. You can choose either the West or East side to go down the cliff but I would recommend to go West as you get an awesome view of Plant Lake! The water is caribbean blue... The first spot for a nice swim! 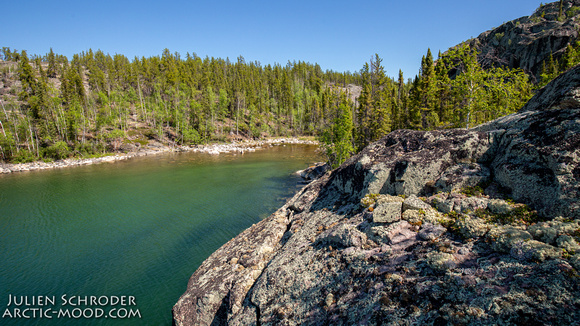 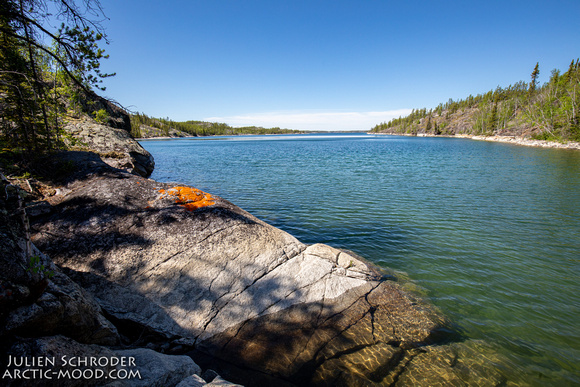 The other side is nice but not as pretty : 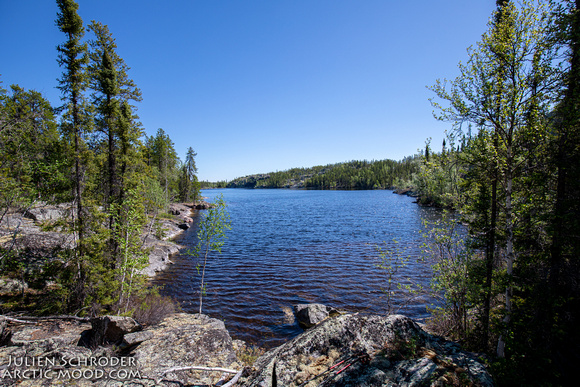 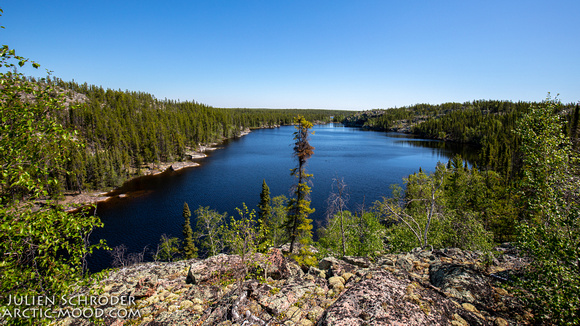 Once on this little Peninsula, you can make a detour to the West to go and checkout the view at the tip. I didn't but according to the map it should be gorgeous!

Then things get a bit trickier there is a cabin not too far from there, I tried to give the owners some privacy by doing a detour around it but ended up in some old fire area with really dense regrowth. That was really the only bad hour of the trip, some heavy heavy bushwhacking there : 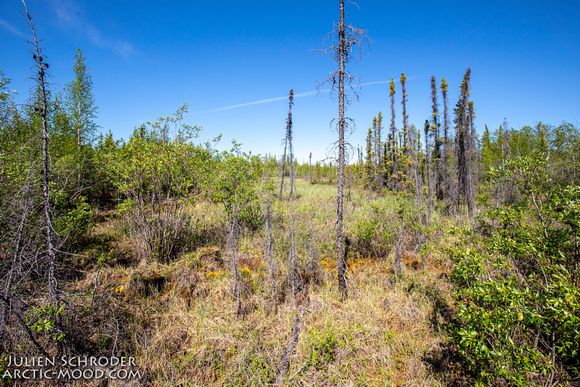 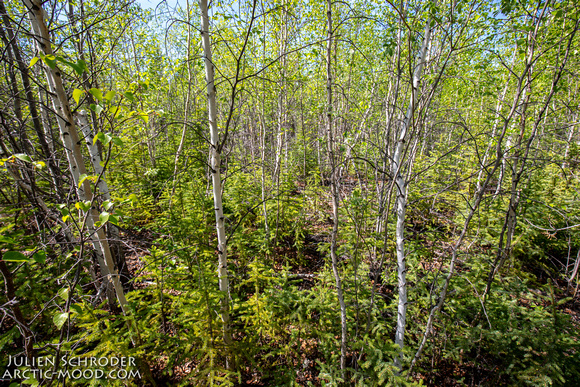 It took me an hour to get out of there, for a distance of about 2 kilometers. I am not sure if the ground is better closer to the cabin but I am always worried of dogs and such...

A few kilometers further the route reaches the South Edge of Plant Lake, the water is once again gorgeous and there are plenty of nice spot for a swim! 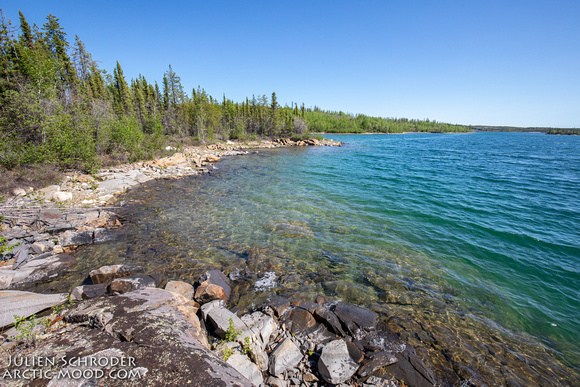 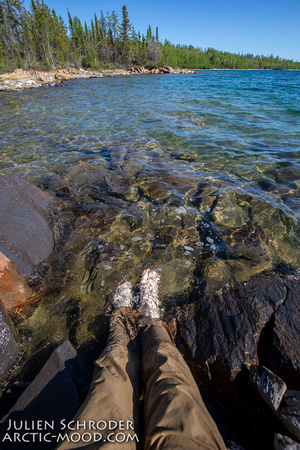 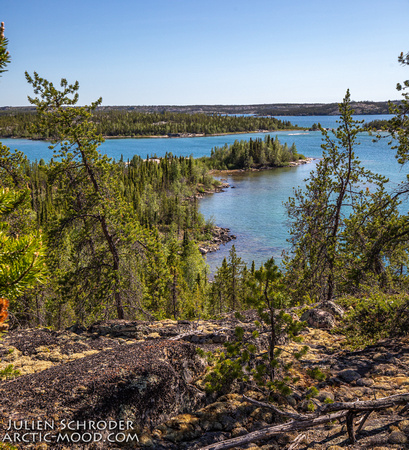 Then the route go south and provide an awesome panoramic view on both Hidden Lake and Plant Lake (Which I failed to capture). I then continued a bit and reached a higher point at about half way through the loop with a nice view on both lakes (and enough wind to not be too bothered by mosquitoes). I setup camp up there, a perfect spot to enjoy the solstice night : 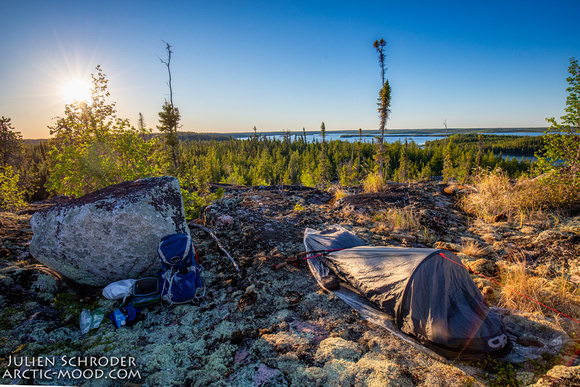 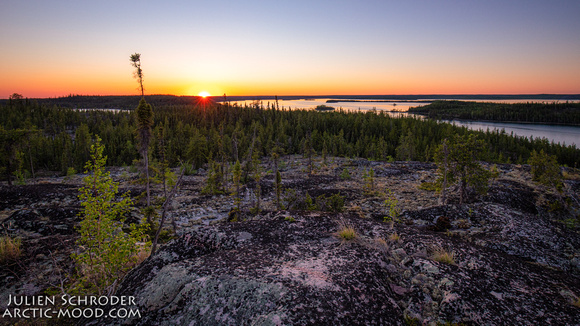 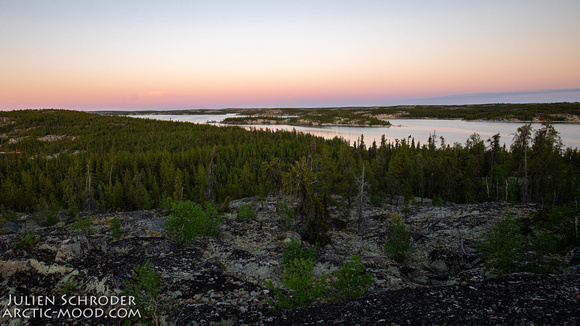 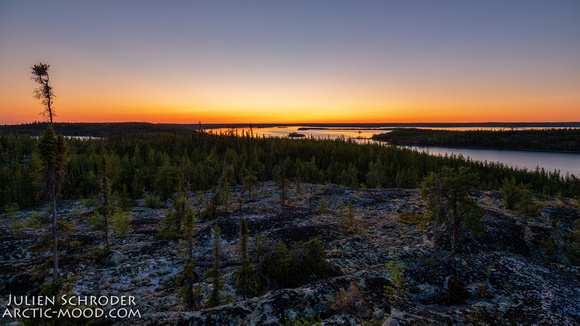 In the morning, noticing that I was ahead of schedule I choose to widen a bit my route and check other ways to come back. I had previously hiked the route directly south of Plant Lake (Orange line on the map) and knew it was gorgeous so I wanted to check if the southern route was as nice. Here is one of my favorite view right after the camping spot : 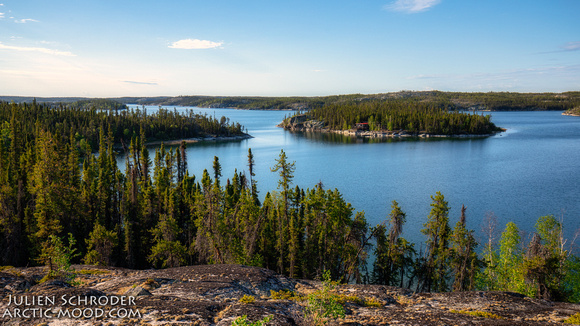 There were a few cool spot but I definitely recommend using the Orange line to come back. There is just a tiny section (West of the orange line's sleeping spot) that I haven't checked but I looked from both side and beside a little cliff that is easily passable on either side, it shouldn't be hard to link the two routes.

Along the southern route : 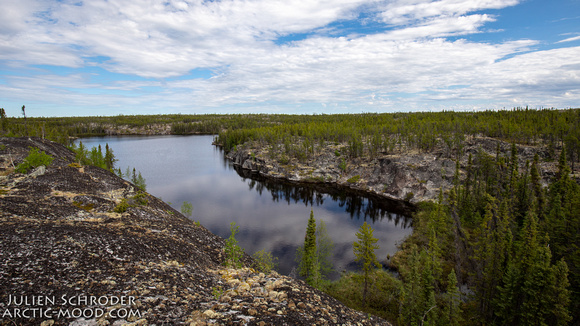 I had been told that there was an established trail to reach the parking spot (I usually park around the quarry), so I stayed south and checked the view of the Cameron River Rampart Falls from a "less seen perspective".
There is indeed an established trail to cross the stream between Pickerel Lake and the falls but it is wetter than the one I usually use right next to Pickerel Lake. 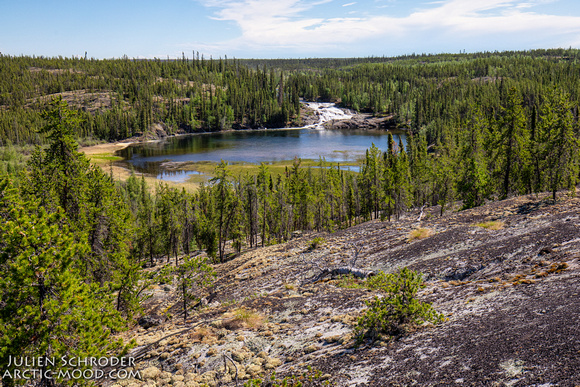 I hope this post will be useful for some, feel free to contact me if you want more infos.